x
Sign up for our newsletter and receive the latest posts
Thanks! You have been subscribed to our newsletter
Portada » How do truck mixers transport the shotcrete mix to the spraying area?

A truck equipped with a concrete mixer is also known as transmixer or agicar. In underground mining, due to the small-section galleries and harsh conditions of the terrain, low-profile truck mixers with compact dimensions and powerful engines are used, which allow good maneuverability and mobility.

The truck mixer’s role in underground mining is transporting the shotcrete mix to the spraying area. The need for equipment quantities varies depending on the traveling distances and logistics of the mine.

What are the functions of truck mixers?

Truck mixers have two functions: mixing and agitating, and their application depends on the type of concrete plant that the jobsite is using.

If the batching plant includes a concrete mixer, the truck mixer only needs to agitate the shotcrete mix so that it does not disaggregate during transport to the spraying area.

If a dosing plant is used, the truck mixer also has to mix the shotcrete while loading, and then agitate the mix during transport.

Mixing the shotcrete should only be done while the truck is stopped, otherwise there is a risk of overturning. During transport, the mix should only be agitated. Agitating requires a lower rotation speed of the concrete drum than mixing.

Truck mixer operating as a mixer

Truck mixer operating as an agitator

Working cycle of the truck mixer: loading, transporting, and unloading

Putzmeister recommends that during the whole cycle you do not exceed 300 rotations in total in order to conserve the properties of the shotcrete mix.

While loading the concrete, use the appropriate rotations per minute according to the function that is being carried out. For agitating, a range from 2 to 6 rpm is sufficient. For mixing, the concrete drum must turn faster, with a maximum of 12 to 18 rpm. 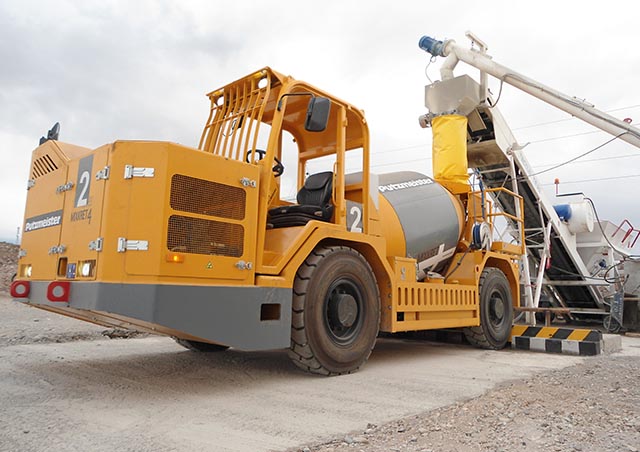 Transporting the mix from the concrete plant to spraying area must only be done at the proper rotation speed. Continuous excess speed causes the shotcrete mix to lose its workability; therefore, it is recommended to lower rpm during transport.

When unloading, adjust the rotation speed to the flow rate of the concrete pumping equipment.

So as not to exceed the 300 rotations recommended during the complete loading, transport, and unloading cycle, you should calculate the rpm used during loading and transport so that the available margin required for unloading the mixture can be adjusted to the pump flow. 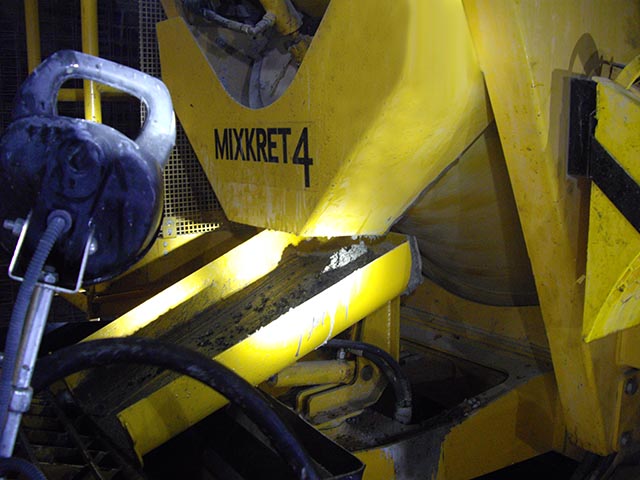 Unloading the shotcrete mixture into the spraying equipment

Learn about Putzmeister low-profile concrete mixers for mining Mixkret 4 and Mixkret 5 with mixing and agitating function, with 4 or 5 m3 capacity.