x
Sign up for our newsletter and receive the latest posts
Thanks! You have been subscribed to our newsletter
Portada » What advantages do alkali-free additives have?

Among the shotcrete mixture additives is the hardening accelerator, which is added through an additive pump, and is synchronized with the concrete flow.

Hardening accelerators may be alkaline, or not, which is commonly known as alkali-free.

In 1960, the first alkaline aluminate accelerators appeared. These accelerators, which are normally liquids, are added at a rate of 3 to 6% of the binder content in the mix.

Later, in 1980, the first non-alkali (also called alkali-free) aluminum sulphate accelerators reached the market. The dosage of the accelerator was increased from 4 to 7% of the binder content.

Characteristics and advantages of alkali-free additives

They affect shotcrete projection through two of their chemical components:

Other advantages of the alkali-free additives are that they improve the concrete’s adhesion to the substrate, decrease rebound, and facilitate vertical projection. 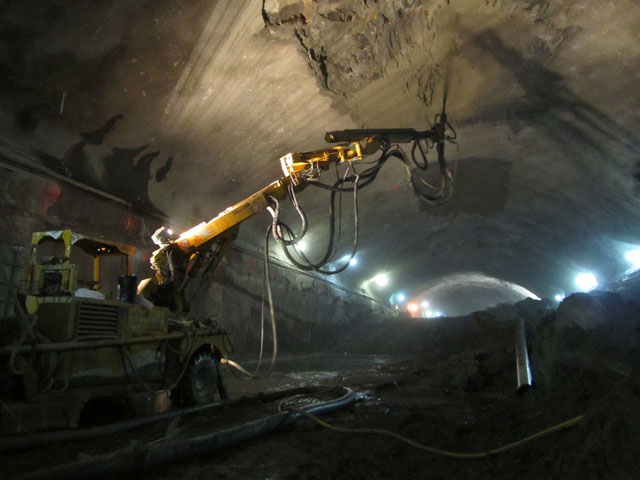 The alkali-free additives improve concrete’s adhesion to the substrate

They are also more environmentally friendly and are not corrosive. Like the alkalis, they are dosed accurately and improve the shotcrete’s early resistance.

Is it more expensive to use shotcrete mixtures that are alkali-free?

Alkali-free accelerators are more expensive than alkaline, which leads to the belief that the total cost of the mix is more expensive.

However, keep in mind that accelerator dosing is done according to the amount of cement in the mix.

Would you like to know more about the composition of shotcrete mixture?  In this infographic you will find all the components.