x
Sign up for our newsletter and receive the latest posts
Thanks! You have been subscribed to our newsletter
Portada » Did you know certified shotcrete operators are more sought-after than ever?

Shotcrete is widely recognized not only as a material, but also as a process. Its correct application, as well as the recipe, are the pillars to ensure the safety of both personnel and the worksite itself.

The operator’s ability and training are key factors to guarantee a correct shotcrete application, and secure the optimal durability of a structure. In order to ensure an operator’s comprehensive and continued training, different trade bodies such as EFNARC (European Federation for Specialist Construction Chemicals and Concrete Systems) launched a scheme to certify nozzlemen; as well as a course for examiners.

“Even if the sprayed concrete structure is designed to comply with all the highest standards and the concrete batch is mixed according to the appropriate mix design principles in a certified batching plant, the final structure ultimately relies upon the skill and competence of the Nozzleman,” according to EFNARC’s webpage.

Stripping away a massive surge in demand during 2013-2014 related to London’s massive infrastructure Crossrail project, trainee numbers have steadily risen by about 20% year-on-year, figures from EFNARC show.

Out of the more than 200 specialist operators that were certified by EFNARC since the program launched in 2009, most of them trained in the European Union (66%), followed by Latin America (20%), Asia Pacific (9%), Middle East (4%) and around 1% in  North America. 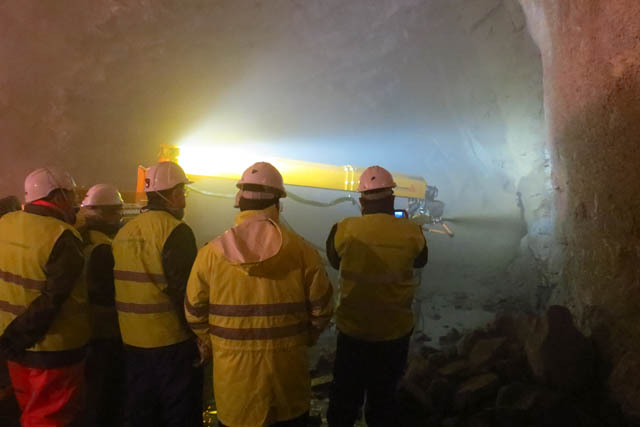 EFNARC’s nozzlemen certification requires a minimum of three years experience. This certificate, as well as the examiners’, has to be renewed every three years.

Some of the aspects covered during the course include the mix design and accelerant selection, wet-mix application, surface cleaning, shotcrete application and layer building, the application method and curing times, as well as the use, cleaning and maintenance of the mechanized shotcrete equipment.

EFNARC’s certification covers both theory and practice, and is carried out in selected locations catering for both the office-based theory exam as well as the practical segment done in an appropriate tunnel section.

EFNARC also offers a course to certify examiners, with more than 80 trained to date.

“An operator’s training has to be ongoing process: since shotcrete technology keeps evolving, our knowledge and courses have to reflect these improvements,” according to Santiago Rodríguez, who heads Putzmeister Underground’s training programme. 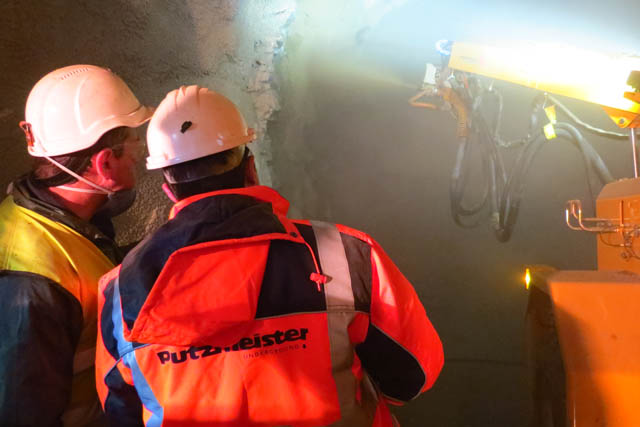 Putzmeister technical examiners have regularly certified nozzlemen worldwide since the beginning of the certification program. In addition, Putzmeister offers a preparation course and other technical courses.

To continue your specialist operator training, download Putmzeister’s nozzlemen training course or get in touch with our training department.